«Back to Overview
Hotel of the Year Berlin Teamwork Management Insights

More than just a hotel – it's the Hotel of the Year 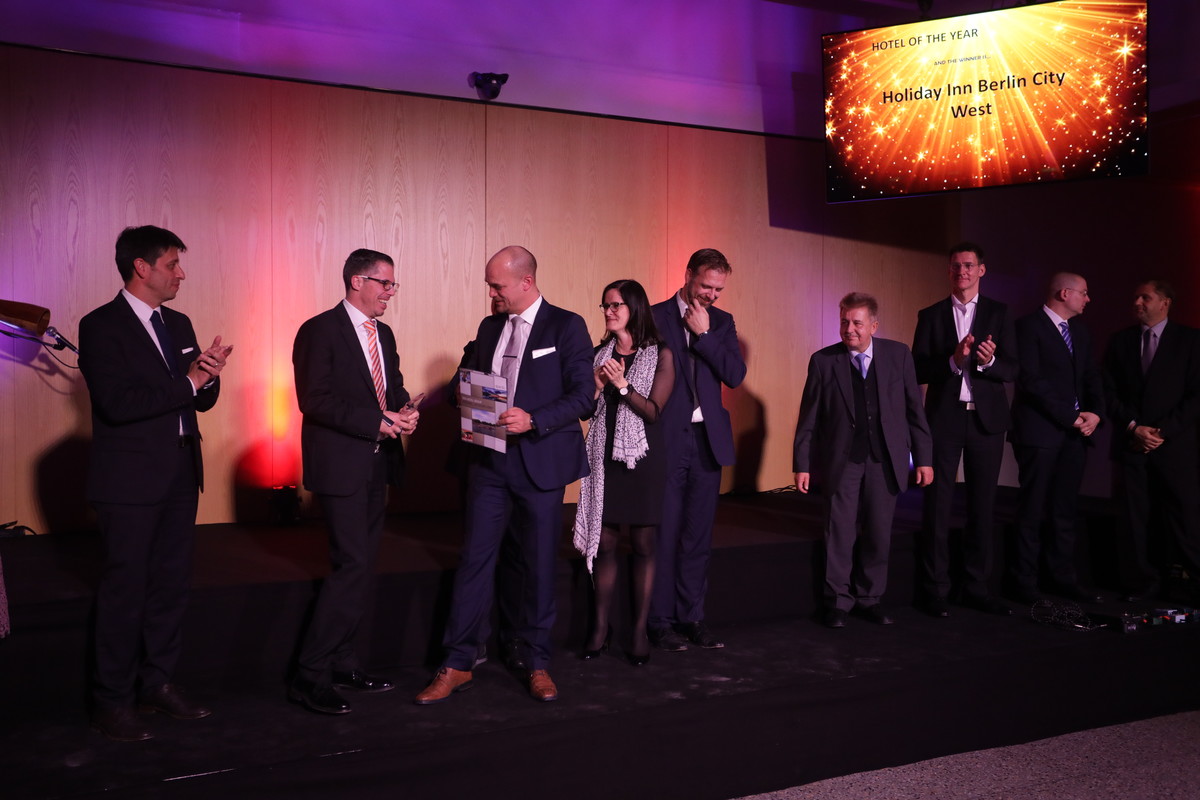 The GCH Hotel Group honours the best of the best. This year the coveted title of ‘Hotel of the Year’ was presented to the team at the Holiday Inn Berlin City-West, headed by Gregor Seipolt.

If you choose to stay at the Holiday Inn Berlin City-West, you won’t be staying in any old four-star hotel. The GCH Hotel Group proudly announced this year’s forerunner of the hotel industry and presented the establishment – managed by Gregor Seipolt – with the title of ‘Hotel of the Year’. A hotel with this honour is much more than just a place to spend the night – it also represents a particularly positive sense of well-being, a warm and welcoming atmosphere, charm, attention to detail and personalised service. The team at the Holiday Inn Berlin City-West guarantees these qualities every day by embodying the highest level of guest satisfaction and making it their calling. 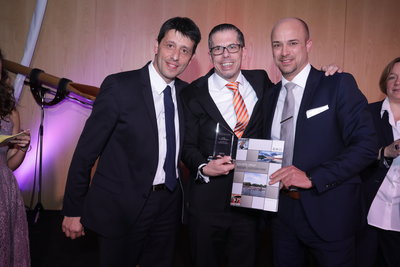 The hotel is a shining example and spares neither trouble nor expense when it comes to making sure its guests enjoy a perfect stay. ‘Little gestures can make a big difference. We have to take on the challenges of the hotel industry, think outside the box and realise that it’s the little, everyday courtesies that will turn a stay in Berlin into a memorable trip’, says General Manager Gregor Seipolt. The GCH Hotel Group presents this award to the entire team to thank them for the passion and positive energy they bring to their work.

Both the little things and the big picture have made the Holiday Inn Berlin City-West what it is today. Due to phenomenal revenue in 2017, excellent service and hospitality standards, as well as the commitment and dedication from the staff at the highest level, the hotel really stood out and managed to make it to the number one spot in the GCH Hotel Group portfolio, placing ahead of its closest competitors. But how did it achieve this? To discover the hotel’s winning formula, we met with consummate hotelier and General Manager Gregor Seipolt. Every day he motivates and coordinates more than 70 staff members, consistently drawing on his attention to detail and sophisticated sense of diplomacy as both a host and a team leader – the most crucial aspect of the hotel trade. ‘The whole team is committed to making our guests happy. After all, any hotel room has a bed, but we also have the time and the dedication to surprise our guests with personal extras. Nowadays, it’s these little extras that make the difference among the many successful and customer-orientated hotels.’

A dedicated team is the foundation for success

A lucrative and profitable hotel stands out from the crowd when the enthusiasm and motivation of the General Manager rubs off on the staff and the entire team carries out their work with passion and commitment. Gregor Seipolt holds his fine team in high regard – he is convinced that a hotel can only perform as well as the staff who run it. ‘A dedicated team is the foundation for success’ – this is the guiding principle that the success story of the Holiday Inn Berlin City-West is based on. With a close-knit sense of team spirit, the GCH Hotel Group supports a range of ambitions and develops new operative strategies in collaboration with members of the hotel staff. Managerial services are guaranteed and implemented across all areas of expertise while still allowing the hotel to develop its own scope of operation. Goals are pursued and implemented as a team.

The Holiday Inn Berlin City-West must now defend its title in 2018 by ambitiously implementing future projects and initiatives. We are excited to see what the year will bring and are confidently looking forward to our future collaboration.

Stay updated and receive the latest news and a 10% discount on future bookings!
Sign up now
Share