«Back to Overview
Berlin Accor Supertipp

All the diversity of Berlin in one hotel 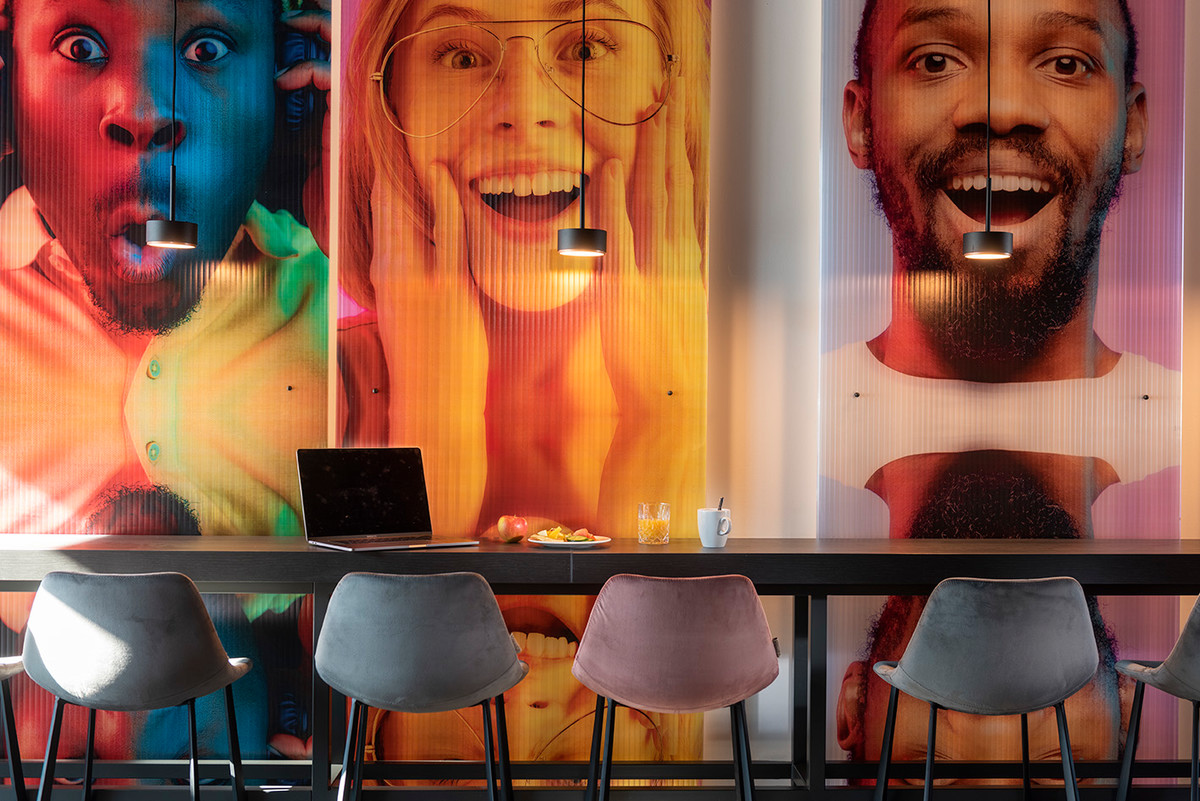 "Colors of Berlin" is a unique interior and design concept that has been implemented in the newly renovated and re-opened ibis Styles Berlin Treptow Hotel, giving the house a unique and fresh character. We checked in and checked it out:

Colorful, open and diverse - this is how Berlin presents itself to its visitors. The metropolis on the Spree stands for open-mindedness, freedom, tolerance and creativity. No other city in Germany boasts such wealth of different people, ideas, art and culture. This diversity is reflected in the truest sense of the word in the newly opened ibis Styles Berlin Treptow.

There are more than 700 hotels in Berlin - and they are just as diverse as the city’s people. ibis Styles hotels are characterized by a unique design concept that is always based on a precise theme. The opening design statement for the new ibis Styles Berlin Treptow was: "Diversity is a blessing." In addition to this versatility, Berlin’s local flair should also play a role in the hotel’s design. Fadi Bitar, Senior Interior Designer at the GCH Hotel Group, says: “Everywhere you look in Berlin, the colors and the unique character of the city are reflected. Whether at sport events, in public companies or cool backyards - people from all cultures and ethnicities come together under Berlin’s sky, creating unique and colorful diversity. We wanted to take up this idea for the design of the ibis Styles Berlin Treptow.”

Said approach was further developed and then stylishly implemented in the floor patterns, walls and furnishings during the renovation works. The "Colors of Berlin" cannot be overlooked in the hotel: The room numbers are mirrored in the hallways, as are the illustrative 3-meter-high "Faces of Berlin" in the hotel lobby and the restaurant. Each floor is conceptualized around a certain color, featuring well-known Berlin sports clubs and companies as well as the movie “Wings of Desire”. All hotel rooms offer a 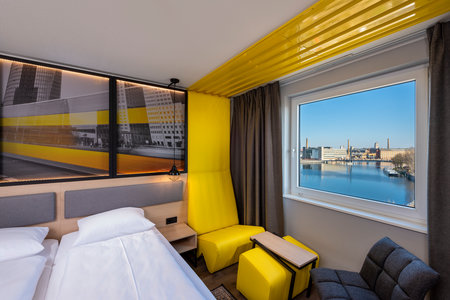 The Superior Rooms and Suites include even more amenities, such as a kitchenette with a fridge, a microwave and an induction cooker. From the riverside rooms, guests enjoy an unspoiled view of the Spree River's course, and the upper floors offer wonderful vistas of the entire city and Berlin’s surroundings.

Two separate conference rooms are available for business meetings, events and private functions, providing space for events with up to 50 business clients or private individuals. The public areas like lobby, fitness room, gaming room, lounge & bar and the breakfast restaurant with its beautiful terrace by the river offer guests enough space for their individual serenity, but at the same time feel approachable and familiar. "The most special characteristic of the ibis Styles Berlin Treptow is that it perfectly combines casual coolness and a cozy atmosphere. The cleverly staged accessories, motifs and colors feel like a tribute to Berlin, giving the hotel its inspiring character,” says Frank Weber, head of the Design & Construction department at the GCH Hotel Group. 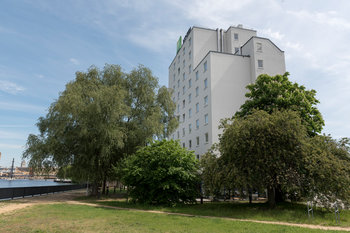 The ibis Styles Berlin Treptow is located in the green and watery district of Treptow-Köpenick, right on the banks of the Spree. The Adlershof TV and movie production studios, the WISTA Science and Technology Park and Berlin Brandenburg Airport can be reached in just a few minutes by car. Some of Berlin's most beautiful day trip destinations and recreation areas can be found in the immediate vicinity; for example Treptow Park, Wuhlheide Park Stage, Spreepark Plänterwald, the old town of Köpenick with its Castle Island and the Großer Müggelsee lake. Schöneweide station can be reached within a ten-minute walk. From there, it only takes 20 minutes to get to the city center, where the capital unmistakably reflects in its own colors unlike anywhere else.

Gallery
You might also like
A woman of many talents
Johanna Peres' first months as Director Commercial
A strong company needs strong women in its leadership. One of them is Johanna Peres. She has been in the leading position of Director Commercial since mid-2021. In this article, she tells us about her professional lifeblood: her departments and employees.
Management Insights
Johanna Peres – successful across Germany
An interview with Johanna Peres, Director Commercial
From beautiful Southern Germany to Berlin's urban jungle: In this interview, Johanna Peres tells us about her beginnings with the GCH Hotel Group, her rise to Director Commercial and the ups and downs of the past years.
Management Insights
New HR Management at the GCH Hotel Group
Authentic HR leadership: People Development, Recruiting & Communication are Andrea Sudfeld’s new areas of responsibility
For already more than a decade, Andrea Sudfeld has helped to shape the management landscape at the GCH Hotel Group. Next to her responsibilities as a hotel director she soon took on additional responsibilities regarding HR. She seems to have found her place in her role as Head of the operative HR department.
Human Resources
Share